Rotary Club of Newport Beach and The United Nations 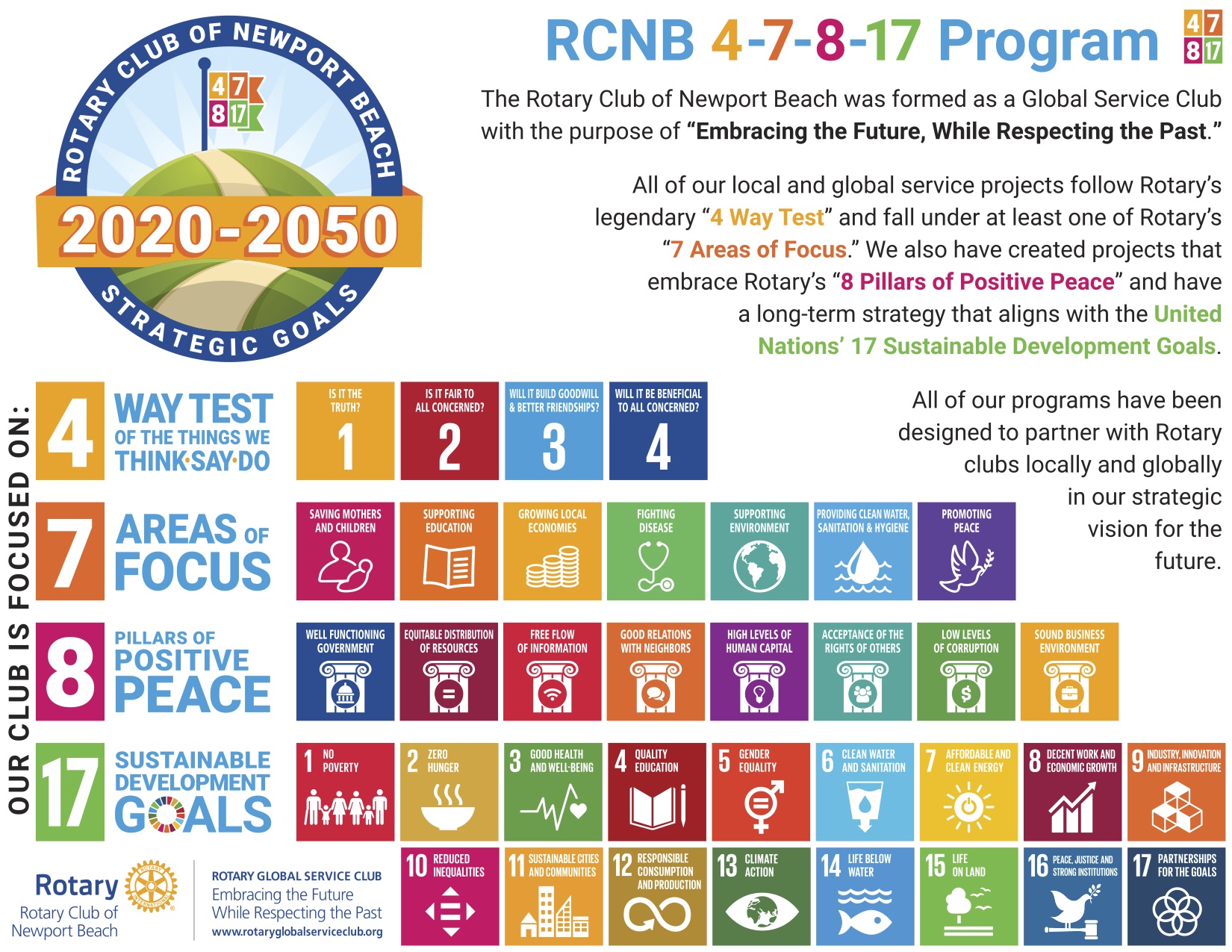 The United Nations was founded on October24,1945 by 51 countries. Rotarians played an active role in the drafting of the United Nations Charter in 1945 in San Francisco. Forty-nine Rotarians were involved, including five who had been appointed by the RI President at the request of the President of the United States Immediately after the UN Charter was signed, Rotary International implemented many projects to promote this new organization to Rotarians and to the public. Today, there are 193-member states. AND Rotary holds the highest consultative status offered to a nongovernmental organization by the UN’s Economic and Social Council, which oversees many specialized UN agencies. During a historic summit in 2015, the United Nations adopted the 2030 Agenda for Sustainable Development and agreed to 17 Sustainable Development Goals or SDGs. These goals are fully aligned with the seven areas of focus of Rotary International.