The Four-Way TEST of the things we think, say, or do. First. is it the TRUTH? 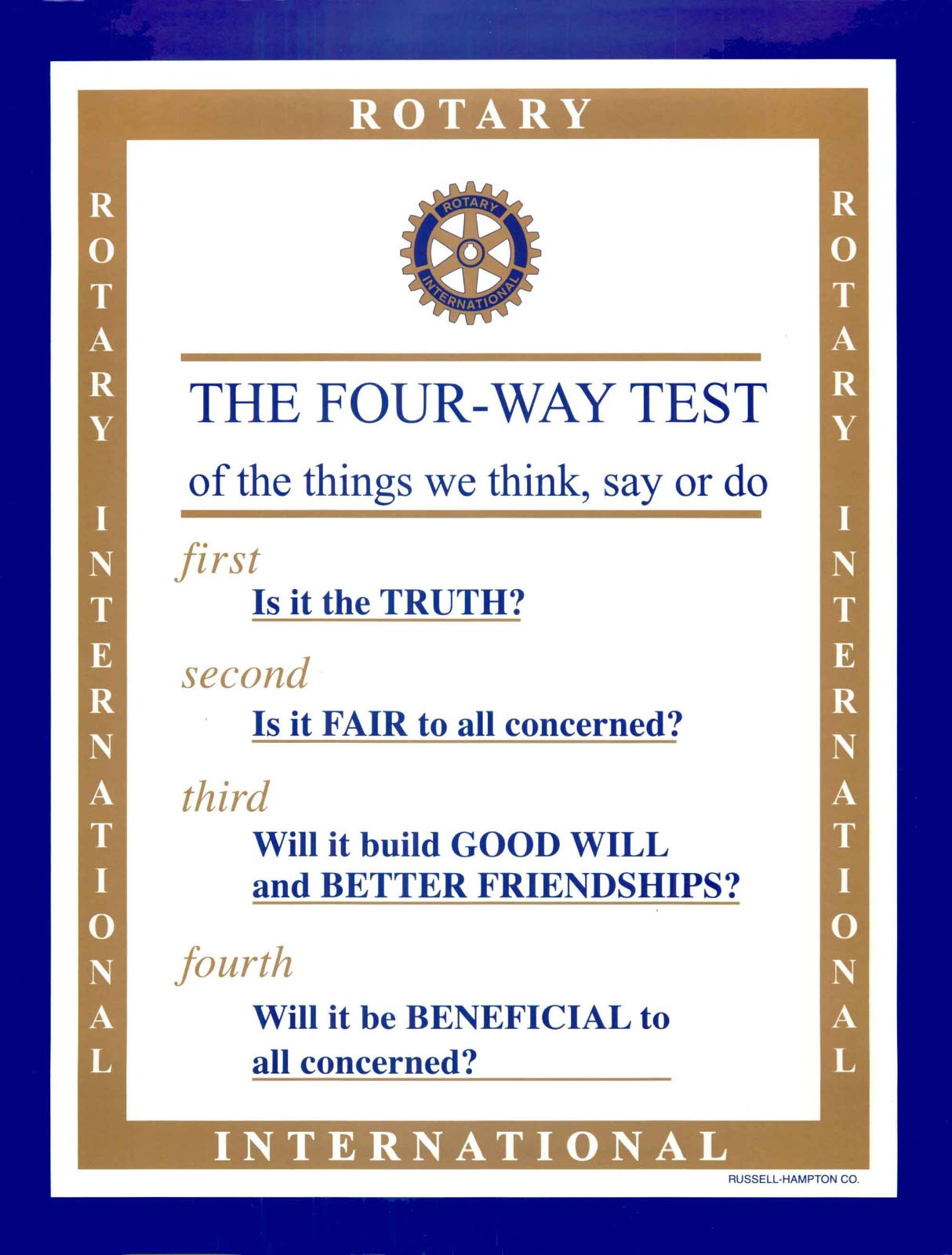 IS IT THE TRUTH?

People often confuse truth and facts. A fact is a reality that cannot be logically disputed or rejected. Facts are objective; truth is partly subjective, though a truth that conflicts with facts isn’t sustainable. For centuries we believed the earth was flat. Facts proved otherwise, and that truth was debunked.

Truths are molded by perspective and experience. They can also change because perspectives and experiences change. Although the Civil War ended over 150 years ago, the truth about it varies, depending on where you grew up. The removal of Confederate memorials across the South demonstrates that, as evidence and perspectives change and grow, the perception of truth changes, too.

We can even disagree with our own truths, a condition known as cognitive dissonance. Thomas Jefferson declared, “We hold these truths to be self-evident, that all men are created equal.” As a slave owner, Jefferson’s actions conflicted with his own words.

When cognitive dissonance occurs, we deal with it in various ways. We change our actions. We attempt to justify our actions. We perform some offsetting act. Or we ignore, deny, and discredit any information that conflicts with our truths.

Abraham Lincoln said, “The trouble with too many people is they believe the realm of truth lies within their vision.” This may be truer than ever. We don’t open our vision to other perspectives, or even acknowledge that a different perspective might be valid. Fox News and MSNBC report on the same story, but you’d hardly know it’s the same story from their different perspectives. And both believe they are telling the truth, the whole truth, and nothing but the truth. But the realm of truth is too vast for even the wisest of us to fully envision.

A logical starting point to finding common ground on truths is to build our truths on facts, the reality that cannot be logically disputed or rejected. Even this can be tricky. In his 1954 book, How to Lie with Statistics, Darrell Huff wrote, “If you torture the data long enough, it will confess to anything.” Cherry-picking data to support a position is not how you answer the first question of the Four-Way Test.

Championing a truth should not violate other parts of the Four- Way Test. If that happens, we should look at our style of championing and the substance of our truth.